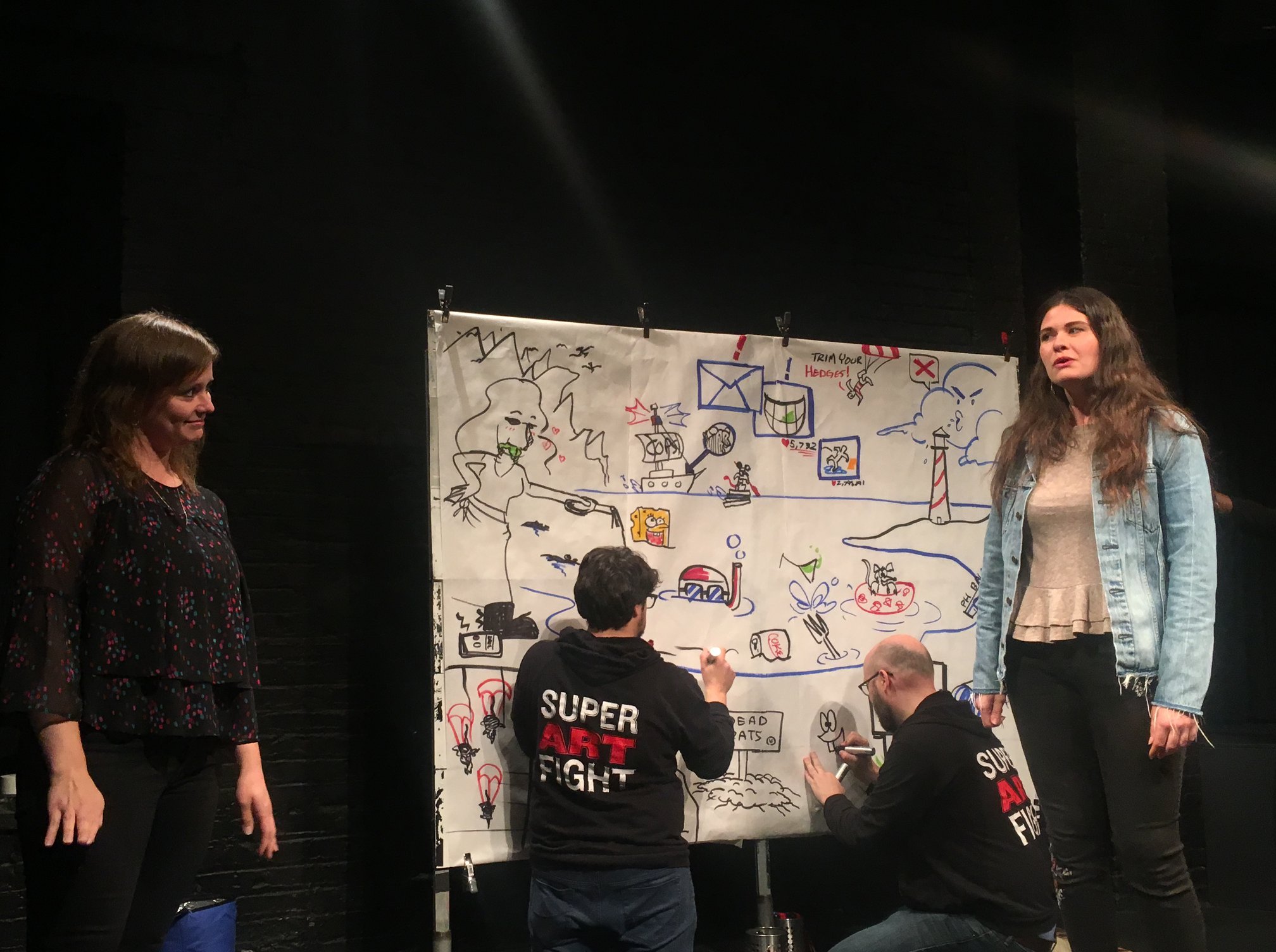 During  Washington Improv Theater’s 2018 Interplay series Super Art Fight partnered up with Hellcat for a unique collaboration of improvisational art and comedy. Alex Kazanas, Steve Boyland and I participated in three out of four performances over one very hot and muggy weekend. Despite the heat, performing on stage with one of WIT’s most talented groups was a true pleasure!

For this performance we experimented with two formats. In the first, two artists would fill the canvas after being given a topic from the audience. Then, Hellcat would perform a run of scenes based on those drawings. In the second format, Hellcat would interview an audience member about somewhere they had traveled or would like to travel. The artists would then begin a literal ‘scene paint’ drawing that location on the canvas. Hellcat would begin performing scenes in that location while the artists incorporated those scenes back onto the canvas.

Both of these formats were wildly successful at entertaining, not only the audience, but the performers and artists involved. I loved exploring the unique collaboration of this series. 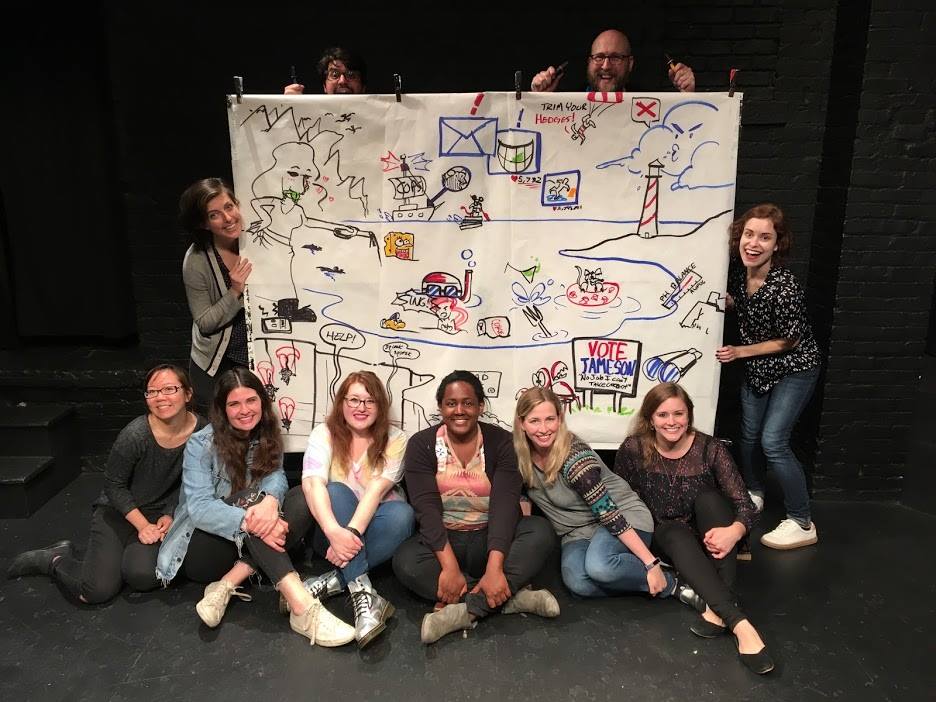